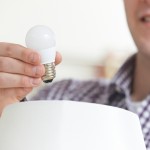 LED lights are becoming increasingly more common in homes and offices across America. As many who have found themselves caught up in the popularity of these bulbs knows, their subtle nuances can be a bit confusing. At least, that is, when compared to their elder cousins, the incandescents. LEDs can be startlingly simple, or they can be completely confounding. No matter where you find yourself with these bulbs, there are several misconceptions that “newbies” may have.

LEDs are quite similar to fluorescent lights in this regard. These bulbs need something to regulate their power. This is called an LED driver. Drivers may be installed separately from the bulb, or the drivers can be incorporated into the bulb as an internal driver.

Some LED T8 tubes need tombstones. This means that they are not bridged, or that you can send signals independently. You will have a hot and neutral wire coming from the socket. LED T8 tubes receive both signals through one socket. Some, on occasion, will need both ends to operate. Read the packaging to be sure.

One of the biggest misconceptions about LED bulbs is that they cannot overheat. This misconception has led people to install the bulbs in enclosed fixtures, only to find out that they do indeed get too hot. LEDs need air circulating around them to keep cool, though admittedly not as much air as incandescents. If you are going to put your LED in an enclosed fixture, look for one that is rated for such.

They Are Too Bright

LEDs can take a bit of getting used to when they are first installed because they don’t throw light like incandescents, but you will quickly get used to them. You can also find LEDs in light temperatures that mimic incandescents. It’s all in your choice of bulb.

There you have it: the basics of the LED bulb. If you have any other questions, feel free to ask us here at greencents. We are happy to provide you with the information you need in order to make an informed decision.