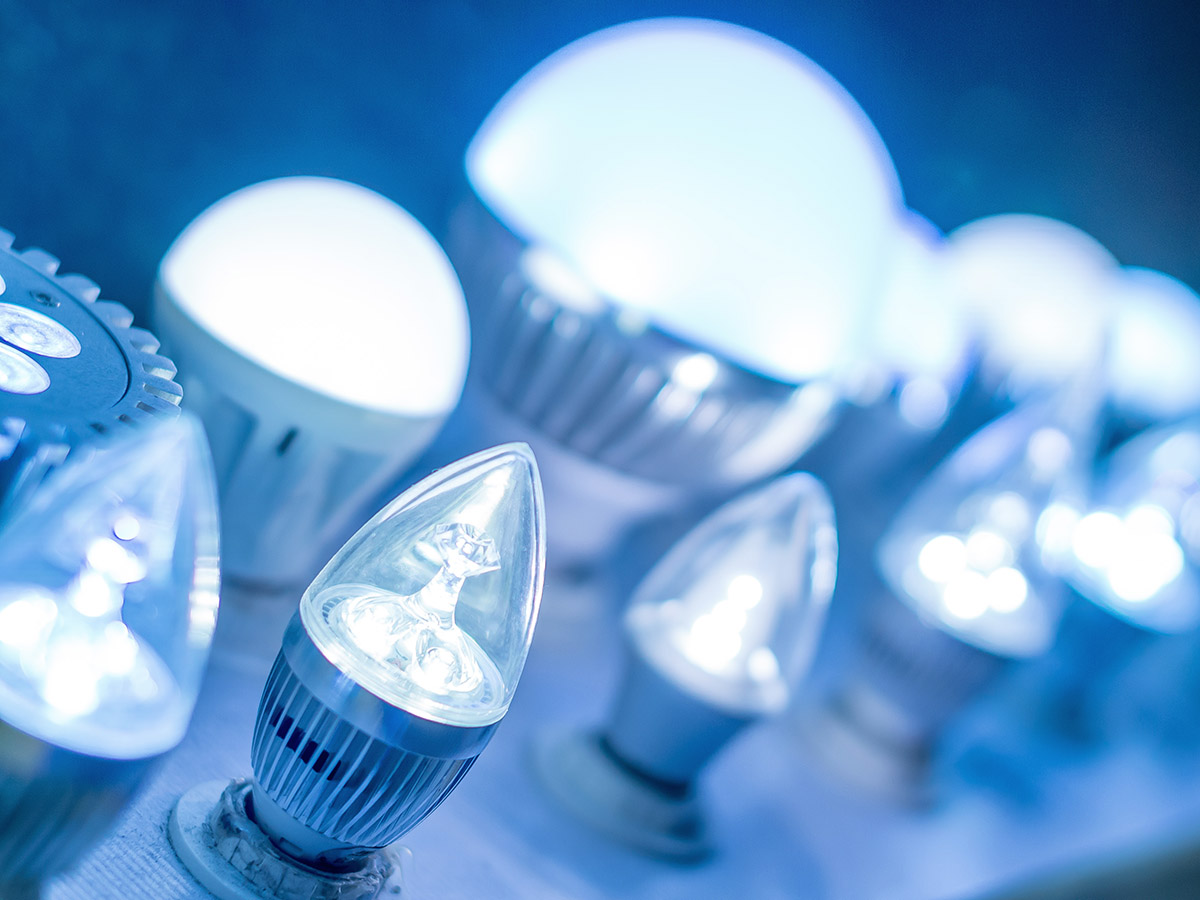 Light-emitting diodes, or LEDs, are quickly becoming the standard for both commercial buildings and residences alike. They provide strong light and cost very little to operate. In addition, LED bulbs can last for many years, much longer than traditional fluorescent or incandescent bulbs. With so many benefits, it’s hard to imagine anyone using a different light bulb than LEDs.

While LEDs are much newer than Edison’s original light bulb, they are far from a brand new technology. They have been in use since the 1960s — 50 years ago. However, they have recently become much more commonplace, and market acceptance has driven their demand as a white light source. So how do LED light bulbs last so long, and how do they work? Read on to find out.

The Basics of an LED Light Bulb

To begin with, LED bulbs work much like other light bulbs. They emit light through a process called electroluminescence. This means an electrical current is sent through a semiconductor, or filament. The semiconductor then gives off light. You can see this effect very well in an incandescent light bulb, which often has a large filament to light.

On a more technical level, filaments have “electron holes” — that is, missing electrons to match the protons, giving the filament a positive charge. The electrical current, which is made up of electrons, fills those holes, causing the filament to emit light. Some elements can be modified to change the number of holes, thus changing the amount of light. LEDs use specific materials to ensure a bright light, giving it its unique characteristics. In addition, LEDs use phosphorus to give them its trademark white light.

LEDs also utilize what’s called a p-n junction. This is a rather complex topic, one that electrical engineers learn about in school. If you’d like to learn about these junctions and other more complex parts of an LED bulb, this video is a good place to start. Finally, different materials other than phosphorus are used if a different color is desired for the LED. For example, gallium arsenide is used to make red LED bulbs.

How Were LEDs Discovered?

In the early 1960s, America was embroiled in the Cold War and the Space Race. One of the most important pieces of technology we needed in computers to get to space was the semiconductor. These allowed for bigger pieces of information to be transferred with less energy and, consequently, with less heat. While silicon is now the preferred material for semiconductors, in the early days we used gallium arsenide (sound familiar?) and germanium.

The semiconductors were also being created with the goal of making a high-power laser, which had been theorized by Albert Einstein a couple decades earlier. James R. Biard and Gary Pittman were two scientists who were working on the laser, but they wanted to experiment with other materials in the diodes for the semiconductors. To put it simply, in one of their tests, they realized one of their builds worked as a bright light source — and the LED was born! While the first applications of LEDs were in IBM computers and in punch card readers, these bulbs can be found just about everywhere nowadays.

Where Are LEDs Being Used?

When we say LEDs are everywhere. Of course, they are used to light homes, offices, pathways and other areas. But they are also used in flashlights, signs and even Jumbotron screens at sporting events. There are also some other peculiar uses of LED bulbs that are pushing the frontier of this technology.

Many of these new advancements seem like science fiction. For instance, there is a new contact lens being created that could let you check your Facebook, right on your retinas. Among other technology, it utilizes a micro LED to give the same effect as a computer screen. In a less Terminator-like application, LEDs could soon be used in home wallpapers. Is it sunny outside? Put up a bright wallpaper! For the autumn months, it could be a burnt orange color with just a flick of a switch.

LED bulbs can also become one with nature. If you are reading this blog in an office, there’s a good chance you are sitting under fluorescent bulbs. However, LEDs can be programmed to emulate the sky, making us more productive as we work. In addition, LED bulbs may soon be used to make more efficient, cheaper solar cells for cars. The possibilities are seemingly endless.

Getting Started with LEDs

While some of this technology is still a few years away, you can enjoy the benefits of LED bulbs today. These energy-efficient lights are cheaper in the long run than traditional bulbs, and they are also much better for the environment. For more information about making your home a green one with LED light bulbs, visit our website or contact us today.