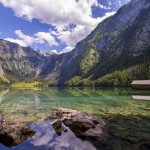 Located in Questa , New Mexico is Eagle Rock Lake. It has been a popular attraction for any citizen or visitor to picnic, catch up with friends, or just relax and take in the natural surroundings. According to Questa Mayor Mark Gallegos, the lake has always been one of the most-fished lakes in the state.

Today, Eagle Rock Lake is more beautiful than ever thanks, in part, to the efforts of Chevron Mining. The company spent almost two years restoring the waters and land to their once glorious condition. The new aquatic park running alongside State Highway 38 and the Red River is truly a sight to behold.

In 2010, the U.S. Environmental Protection Agency required that specific areas receive remediation due to the environmental impacts of mining. Eagle Rock Lake was one such area. Because the area was ripe with recreational possibilities, the project took on a collaborative air. The Village of Quesa, the Forest Service, Chevron, and New Mexico Game & Fish all had a hand in restoring the lake.

Eagle Rock Lake had humble beginnings. Originally, the lake was a simple gravel pit used to supply the construction efforts of State Highway 38. When the road was completed, an inlet and outlet were built and filled. Rain storms pushed metal-containing sediments into the lake. The metal came from mining-related activities and eventually threatened the fish population.

In December 2013, the effort to restore the lake began. Storm water controls were installed, and sensors that detected an increase of the turbidity of the water controlled automatic gates. In January 2015, the water was drained, sediment was removed, and the lake was refilled. The lake itself wasn’t the only thing to see improvement. Toilets, piers and other lakeside facilities were installed by Chevron. Seeding and planting of the lands around the lake completed the project.

If you are ever in the area, stop by Eagle Rock Lake. Take in its beauty and splendor, and know that it was only through the efforts of an amazing group of people that you are able to relax next to a sparkling body of water. The new, reconditioned lake is sure to draw people by the hundreds to this quaint city.