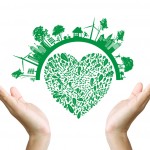 There’s no question that the green revolution has taken off. From humble beginnings in the 1960s, the environmental movement has variously been a stirring in the scientific community, a niche grassroots concern, a counterculture, and a political pariah. Only in the last decade, as the generation of children raised on environmentalism came of age, has going green gone mainstream.

As the sustainability movement changes, so does the role that businesses play in it. A company’s environmental position was once decided industry by industry. If you made gear for wildlife lovers, like Patagonia, you were pro-environment from the start; if you were an energy company, you may have actively lobbied against environmental concerns. Those old divisions are no longer so clear cut. Instead, brands from every conceivable industry now race to out-green each other.

That doesn’t mean they all follow the same blueprint, however. Companies take many different approaches to sustainability—and some of them are downright impressive. We wanted to highlight some of the best of those strategies, and look at why companies pursue them.

Some companies have been green for years, and have woven that commitment into their very brand. For example, Aveda built its credibility on a commitment to environmentally friendly beauty products that are never tested on animals. (Even the company name is an allusion to ayurveda, the holistic health system). Much of their activism is thus in their product line itself. But the company has also created a community of dedicated customers by getting involved in the sustainability movement more directly. They fund environmental nonprofits, educate consumers and launch engaging campaigns to reduce our resource footprint.

Similarly, some new upstarts were founded to be green. Ecotricity is the UK’s “green energy company.” Besides offering an inherently earth-friendly product (electricity from sustainable sources), they’re also big on social media activism. Their campaign videos are fun, powerful, and offer a rallying cry to the movement to end fracking in the UK. Of course, for Ecotricity these videos double as advertising: they’re in direct competition with big oil. But not all green companies have such a clear stake. It’s fair to say that patients with Multiple Sclerosis, for example, aren’t shopping for treatments based on which one is most green. Yet biotech giant Biogen Idec just took the number one spot on Forbes’ 50 Most Sustainable Companies list. The key to Biogen’s win had nothing to do with glitzy campaigns or customer-facing green products. Instead, they focused across the company on efficiency, efficiency, efficiency. That means better use of water and energy, lower emissions, and less waste output.

Even universities have found new ways to up their green game. Many have a reputation for environmentalism, thanks to strong student activism on campus and a desire to attract the best minds. In the past year, however, schools have had to consider whether to join a controversial movement to divest endowment funds from fossil fuels. One school, Trent University, found an enterprising alternative: they instead moved money to a pro-environment investment company. Thus, they’ve kept a seat at the table with oil companies and now use their dollars to pressure them to improve.

These organizations have chosen different strategies, and have very different interests. Yet all of them have decided to make sustainability a priority—and commit money to doing so. Why? For most of modern history, most companies could sit on the sidelines of the environmental debate. Why take a position now?

It would be cynical to say that it’s just for marketing purposes. Some companies, like Aveda, really do gain (and retain) customers through their commitment to the earth. But others, like Biogen, have no sales pitch with their politics. There really is idealism in these companies, and many of today’s business leaders share the same concerns about the future as the rest of us.

There are certainly pragmatic reasons, too. One of the biggest is cost. A more efficient, more sustainable organization is one that spends less money, and wastes less capital. That means that what’s good for the earth aligns with what’s good for the bottom line. That creates an incentive, which should be one of the great sources of hope about our planet’s future.

Beyond that, the move to sustainability motivates employees. It’s this aspect that we focus on here at greencents™. After all, sustainability is all about conserving resources—and your employees are the most important resources you have. Many of them have their own passion for the environment, and look to their employers to honor it.

To learn more about offering energy-saving solutions as an employee benefit, contact greencents™ today for details about our subscription services.  Do something good for your business, for your workers, and for the world.